Last night in Montréal , Monday June 28, Roy was wearing a dark suit and Roberta Gambarini was lovely in a chiffon blue dress (this picture was taken in Washington DC 12 days ago). I was seated in the back of the lower level with my camera stowed away and listened to another riveting evening by this superb big band at one of the concert halls at the Place d'Artes.

Like the previous show, Roy took the mike, this time during "Autumn Leaves" but a highlight of the performance (amongst the many) may have been New Orleans pianist Jonathan Batiste who was not with Roy in Washington. Throughout the evening he was mostly in the background, helping drive the band and rhythm with his playing while exhibiting a deft touch. It was marvelous watching and listening to him soften his touch comping behind Roberta Gambarini's enchanting vocals. Than on "Autumn Leaves," he started a solo in a very Monk-ish way, deliberately playing some skittish, angular figures before a display of his technical virtuosity. Then he dazzled us on the opening of a hot latin number before the band kicked in.

Its a band of terrific soloists and ensemble playing and watching Hargrove dance around while Roberta was singing or listening to his soloists enhanced the marvelous evening. I had previously placed in my Amazon cart the album "Emergence," based on the DC performance. Last night's performance cemented that decision. Now to locate some Jonathan Batiste music.

For FTC regulation purposes, I purchased my ticket. 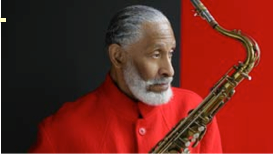 Sonny Rollins Forever. That was what my T-Shirt that I purchased the last time I saw him at the Kennedy Center says. Last night I had a chance to see him at this year’s Montreal International Jazz Festival (Festival International de Jazz de Montreal) where he performed Sunday, June 27 at Salle Wilfrid-Pelletier, PdA, as part of Les Événements spéciaux TD series. Salle Wilfrid-Pelletier is the largest all-purpose concert hall in Canada and the site of the Festival’s major ticketed concerts.

Rollins had a somewhat different band than he had in Washington at the Kennedy Center. First of all, his nephew trombonist Clifton Anderson was not present and also Russell Malone was his guitarist. On electric bass was his long-time associate, Bob Cranshaw, however I did not make out the names of the drummer or percussionist. I could not identify the opening calypso number and while the sound was a little echoey during it, it was not nearly as bad as the two shows I saw at the Kennedy Center within the last three years and by the end of the first song the sound was much better. Maybe because I was sitting in the lowest balcony as opposed as mid-floor as in the Kennedy Center Concert Hall, the sound sounded better, or maybe the sound engineers in Montreal were simply better.

After the opening number, Sonny led us into a marvelous rendition of the ballad “My One and Only Love,” with a somewhat warmer tone than hard, husky tone employed on the opening number. Guitarist Malone was his equal here, responding with lines that at times recalled Jim Hall and John Scofeld. During the set he also effectively comped during one of Cranshaw’s solos. Up next was a marvelous rendition of “Global Warming,” which gave everyone an opportunity to shine and then another marvelous ballad, “Serenade,” from his most recent studio album, “Sonny Please.” After another exhilarating romp, Sonny launched into the blues, a bit of honking before singing about his low-down baby and her evil ways and then a short R&B-ish solo and they were done. Perhaps not as good as the late Dexter Gordon singing “Jelly Jelly,” it was perhaps a nod to Louis Jordan who I believe is an influence.

Despite the enthusiastic cheers of the audience, the band did come back for a curtain call but there was no subsequent encore. It was a superb 75 minutes of Sonny Rollins and as he turns 80, one enjoys every opportunity to see the master. Sonny Rollins Forever indeed. 2010-0612 Roy Hargrove Big Band at DC Jazz Festival-1305
Originally uploaded by NoVARon
Roberta Gambarini singing with the fabulous Roy Hargrove Big Band during what one other gentleman termed an "awesome" performance at Lisner Auditorium as part of the 2010 (Washington) DC Jazz Festival. His big band was modern, full of energy and led by its leader's dazzling trumpet and he even sang a charming vocal. Ms. Gambarini has one of the most wonderful vocal instruments in the universe. This was the second time I have had the please of seeing them (the first time was at the 2007 New Orleans Jazz & Heritage Festival) and I will have the pleasure of seeing them once more at the Montreal Jazz Festival. For those who will be in Montreal (or one of the other Canadian Jazz Festivals that start next weekend), this is one act that comes highly recommended.
Posted by Ron W at 8:21 AM No comments:

A tribute to Oscar Peterson by Romanian born pianist Marian Petrescu and his Quartet at the 6th and I Historic Synagogue that was part of the DC Jazz Festival on Tuesday October 8. Petrescu, who records for Resonance Records was a swinging player who on a dazzling rendition of "Indiana," left the audience mesmerized. Violinist Christian Howes shared the spotlight with his remarkable playing that made thoughtful use of loops of some of his riffs to build impressive solo features for himself. It was a marvelous introduction to many of a remarkable player. 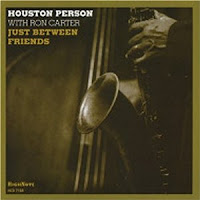 Today, I was at Barnes & Noble in downtown Washington, DC, and they had new issues of two magazines that I find to be amongst the most interesting publications devoted to music available.

waxpoetics is a fascinating publication that has devoted issues to jazz, funk, reggae and most recently, hiphop which does seem to be its anchor. The current issue (#41) has pieces on KRS-One, Ice-T and Ice Cube along with a record rundown from Easy Mo Bee that runs from otis Redding to Sly and the Family Stone, James Brown, Love Unlimited Orchestra and Kraftwerk. The website is waxpoetics.com, and you can download a playlist with each issue.

Signal to Noise is subtitled “The Journal of Improvised, Experimental & Unusual Music,” and covers a wide range of musical styles in its articles, as well as reviews of festivals and other live performances, recordings, videos and books. What that means is that one can fine coverage of cutting edge music in what is called jazz, contemporary composed music, progressive rock and allied disciplines. Not to say that they forego traditionally oriented artists as the current issue has a review of the Carolina Chocolate Drops but the features include a story on bassist Henry Grimes who played with Sonny Rollins and Roy Haynes as well as Albert Ayler and Pharoah Sanders before disappearing until being rediscovered a few years ago with his career being revived. Another article focuses on “The Art of Noise,” on Poster art associated with Creative Improvised Music for performances by such artists as Kalaprusha, Carla Bley Big Band, Charles Gayle & William Parker and Milford Graves, AIr, Sun Ra, The Residents, Peter Brotzmann and the Vandermark Five. With extensive review section it is a quarterly that should be of interest to anyone into improvised music. Website is www.signaltonoisemagazine.com.

Finally on a recording note, I have been listening today to a marvelous album by saxophonist Houston Person, Just Between Friends (HighNote) that is an album of duets with the great bassist Ron Carter. Person has somehow escaped receiving the acclaim that he deserves among living tenor saxophonists, perhaps because of his association with acid jazz or the late vocalist Etta Jones. As the intimate duets with Ron Carter, Person is a master of ballad playing who makes the songs sing with his tone and phrasing. The beauty of his playing makes up for the generally slow tempos as its a delight to listen to the interplay between these two jazz masters as they handle such standards as “Darn That Dream,” “Lover Man,” “Lover Come Back To Me,” “Blueberry Hill,” “Polka Dots and Moonbeams,” and “How Deep Is The Ocean.” He will be appearing in Montreal when I am up there for the Montreal Jazz Festival, and I certainly hope to see him live after all these years. 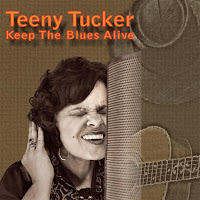 Daughter of Tiny Tucker, who was best known for the smash “High Heel Sneakers,” Teeny Tucker has been establishing herself as a blues vocalist of the first order. She has just issued her fourth album, “Keep the Blues Alive,” (TeBo Records) and it displays her continuing maturation as a vocalist on a set of mostly original music. Her band is led by the fine guitarist Robert Hughes (also an exceptional photographer), who also collaborated on many of the originals here with her.

“Ain’t That The Blues,” kicks this set off and is about the circumstances that give folk the blues. This track shows her poise and how she can go from a soft passage to belting out without any annoying mannerisms. She cites the great Big Maybelle as an influence, and her ability to caress a lyric as well as shout it out suggests that blues legend. “Make Room For Teeny,” is a lively number as he announces its time for her to take her place in the blues world, recalling her roots and that she is here to stay. “Daughter to the Blues,” is a slow Chicago styled blues with harmonica in the backing as she recalls her father telling her to just sing the blues and it won’t go wrong. “You’re the daughter of the blues, and that’s the part of me I left to you.” “Old Man Magnet,” is a humorous look at dressing up and attracting older men who stick to her like glue. “I Wish We Could Go Back,” is a slow blues where she reflects about the relationship falling apart and going back before the storm began with Hughes contributing some fine guitar here. The title track is a gospel styled performance (with backing singers) about singing and preaching about the blues with another fine guitar solo, but the rhythm is pretty stiff here.

One of the standout tracks is the acoustic tribute, “John Cephas” written by Hughes and Tucker as a tribute to the late Piedmont blues master. It was performed at the 2010 DC Blues Festival that was dedicated to Cephas’ memory. This performance is hauntingly beautiful as Teeny lovingly sings “It looks like John Cephas with his guitar in his hand, don’t worry he ain’t sad, because he is playing with all of his friends.” I am not sure how well Teeny and Robert knew John, but this performance is simply stunning. It’s followed by a spirited rendition of Jon Thomas’ 1960 hit, “Heartbreak,” although one wishes the rhythm section swung it more. Not sure that a new recording of “Got My Mojo Workin’,” was needed, but it is strongly sung. The set closes on a back porch, acoustic note on “Respect Me and Respect the Blues,” starting as a talking blues and Teeny notes how people have differing tastes in food, cars and music. People keep telling her, she should stop singing the blues, because she sings a great R&B song and a gospel tune to which she asks them “respect me and respect the blues.”

“Keep The Blues Alive” will certainly build Teeny’s audience. There is some exceptional material on this and Teeny is fabulous. I wish the rhythm was on the same level as her and guitarist Hughes, as it would have made the exceptional singing sound even better. This quibble aside, “Keep The Blues Alive” is highly recommended. Burnside Distribution is handling it and it is available on cdbaby.com, and amazon.com.

For FTC regulations, I received a review copy from the PR firm handling this recording.