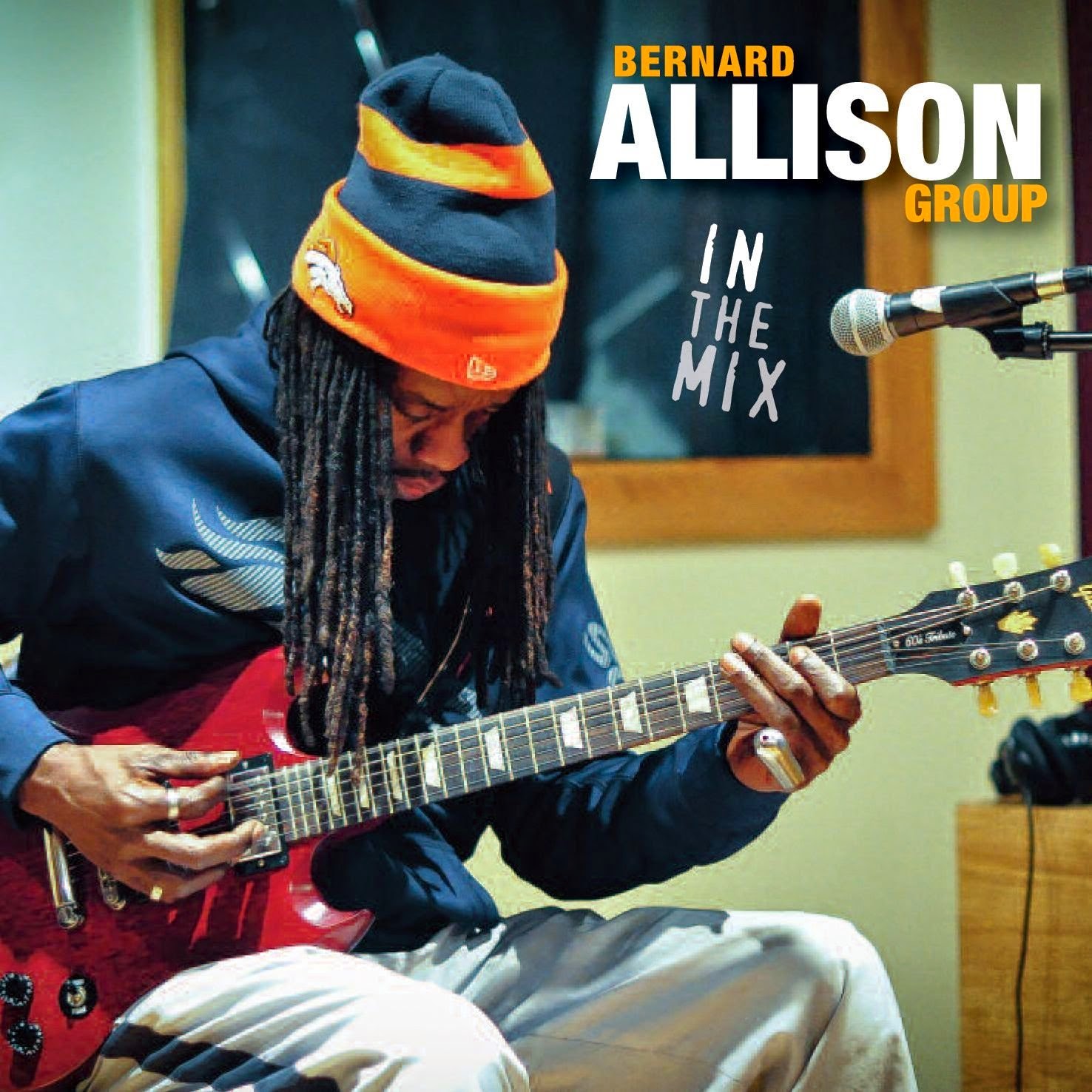 “In the Mix” (Jazzhaus Records) is Bernard Allison’s first studio in six years and certainly is a good one. Bernard produced this and is backed by a tight band of George Moye on bass, Mario Dawson on drums and Mark ‘Muggie’ Leach on keyboards with Bruce McCabe adding piano to two selections and Jose Ned James adding sax to four tracks. Bernard wrote five originals and the others are interpretations of songs from Colin James, Freddie King, Tyrone Davis and two from his late father, Luther Allison.

What impresses is both the strength and restraint Bernard displays throughout whether playing a blues-infused rocker by Colin James, “Five Long Years,” that opens this CD, or the marvelous relaxed shuffle rendition of his dad’s “Move On The Hood” with his lean, muscular slide guitar that here. “Call Me Mama,” co-written with his mother, is a terrific soulful number with marvelous sax from James and a vocal that suggests that Allison would have considerable appeal on the soul-blues circuit even without a guitar. The rendition of Tyrone Davis’ “I Had It All The Time” certain reinforces this observation. Set against a lazy Jimmy Reed shuffle groove, “Something’s Wrong,” is a terrific blues performance again with wonderful slide and terrific playing by the band with McCabe adding some rollicking piano here. “Set Me Free” is an original that sound like a classic Chicago blues from the late 70s and 80s. The album ends with a terrific rendition of “Moving On Up” which was one of his father’s first recordings.

“In the Mix” is a terrific recording that displays the breath and maturity of Bernard Allison’s music.


I received my review copy from a publicist. Here is Bernard with bis late father, the legendary Luther Allison.