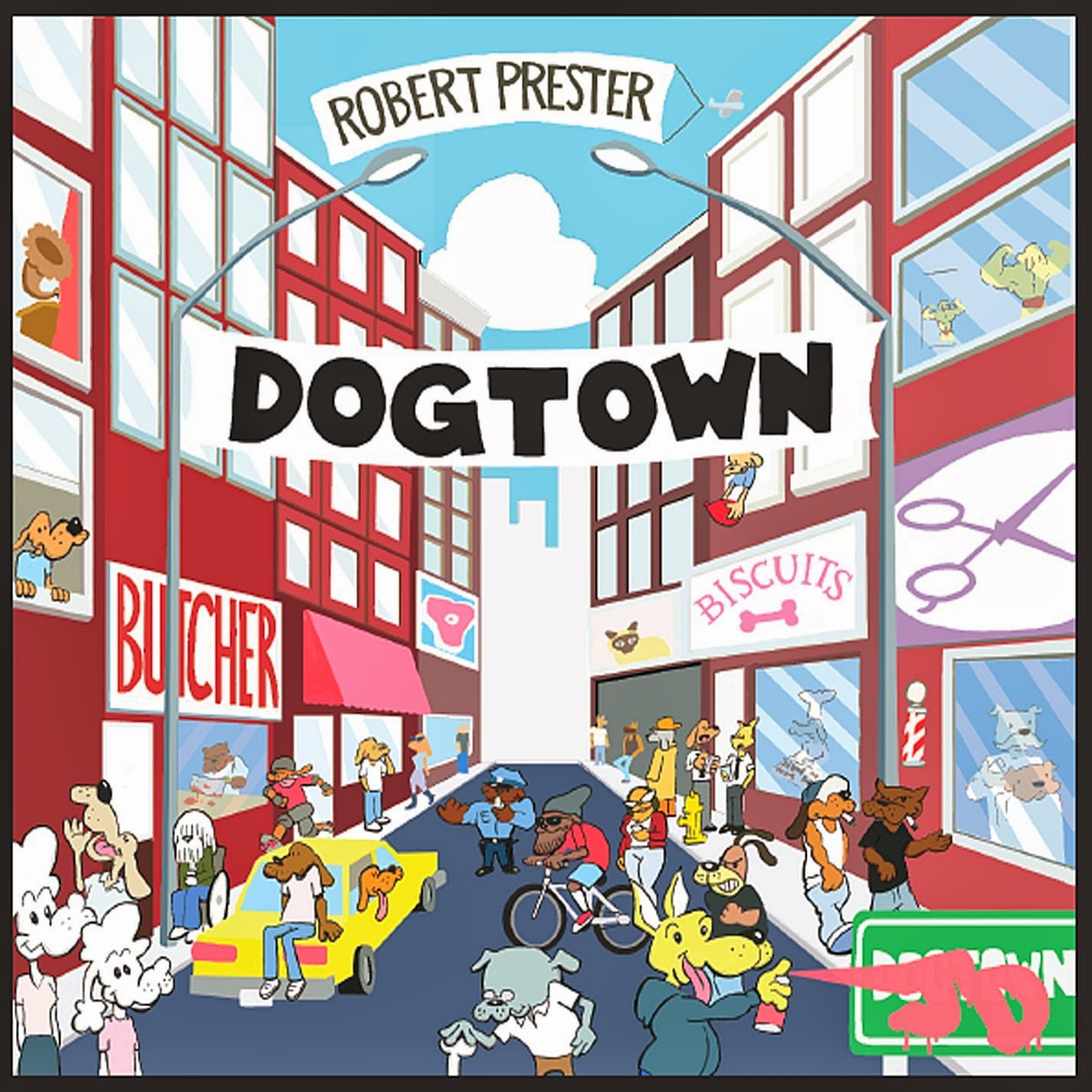 Prester’s Vincenzo’s Blues is a spirited original that displays his ability to craft catchy themes that the trio bring to life in a lively performance. More of the same is heard on Beneath Wind’s Shadow with Sigel’s bright trumpet complemented by Prester’s fluid piano as Schanzer adds percussive accents. The title track changes the mood and is a tight trio performance is built around an intriguing descending line that Prester and Orta improvise over. Valois’ vocals adds an additional horn voice to Toy Soldiers as well the flamenco inspired Noches de Sevilla, ( percussionist Schanzer is excellent here) that will evoke Sketches of Spain for some,

Prester composed everything but the brief rendition of Coltrane’s Giant Steps (titled Bite Size Steps) that closes this recording. Noches de Sevilla may be the standout performance here, but Dogtown thoughout is a marvelously engaging recording.

I received my review copy from a publicist.  Here is a video of Rob Prester with Phill Fest.