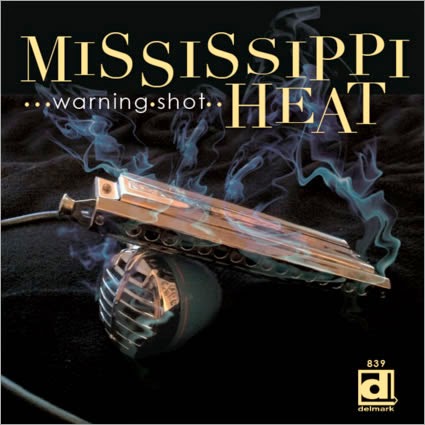 Pierre Lacocque's Mississippi Heat have a new release on Delmark, Warning Shot, that will be welcomed by the band's fans and likely make new fans from listeners. Lacocque’s leadership along with his songwriting and marvelous harmonica playing (Charlie Musselwhite is quoted calling it tasty and brilliant) is joined by one of the most underrated vocalists in the blues, Inetta Visor; vocals and guitar from Michael Dotson; guitar from Giles Corey; bass from Brian Quinn; and a vocal from Kenny Smith who shares the drum chair with Andrew Thomas. Former band member Carl Weathersby is on guitar on a couple tracks, Neal O’Hara is on keyboards, Ruben Alvarez is on percussion and Sax Gordon handles the saxophones.

The opening Sweet Poison is an imaginative original, built upon the Elmore James broom dusting riff with Lacocque's fine harp riding over Dotson’s crisp slide playing. The band pushes the groove behind a superb vocal from Visor. Years ago she might have been described as a moaner as opposed to a  shouter, but her nuanced singing is thoroughly a delight. You get a sense of the vivacious quality of her performances listening to her, but the joy she has singing is evident when one sees Heat live (or on the band’s Live DVD “One Eye Open, Live at Rosa’s” on Delmark). Sweet Poison is followed by the rollicking “Alley Cat Boogie” with pumping piano from O’Hara and an exuberant vocal from Visor.

Birthday Song, is a funky, buoyant original that provides blues and soul revival bands with an alternative to the standard birthday song. Corey is in a Santana mode here with Gordon and Lacocque riffing in support. Dotson’s guitar lead on his bouncy rocker, Swingy Dingy Baby evokes the late Texas guitarist Cal Valentine. Too Sad To Wipe Way The Tears has a low-key backing with terrific Lacocque’s harp in a Sonny Boy Williamson II manner. Dotson’s restrained slide playing is exceptional.

Set against a crisp shuffle groove and Gordon’s one-man sax section, the instrumental rendition of Your Cheating Heart  showcases Lacocque’s wonderful harp. Gordon takes a booting solo on this. A Part of Special a funky Visor original whose  backing vocal chorus, the horn arrangements (and a sax solo that would have King Curtis smiling) and a terrific vocal suggests some classic 70s Aretha Franklin (she is really good here).

The terrific Warning Shot features tight ensemble playing (one of the things that Lacocque has always focused on with this band), excellent new original material, interpretations of songs that have not been recorded a zillion times, strong solos and the wonderful blues and soul vocals of Inetta Visor. 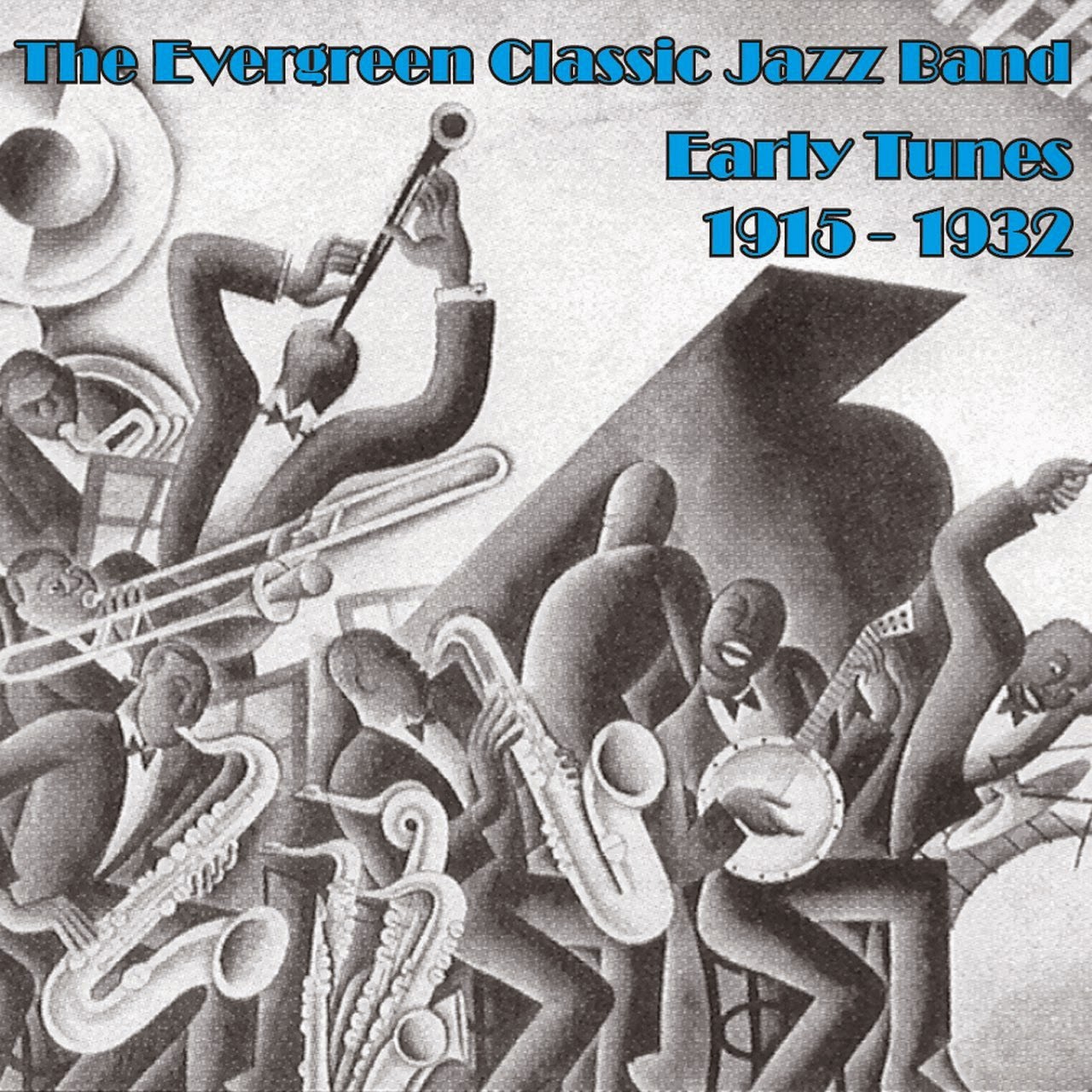 Delmark's latest releases include a re-release of Jump Records Early Tunes 1915-1932 by The Evergreen Classic Jazz Band. Originally issued in 1995, this CD has them rendering  interpretations of songs from the mid-nineteen teens until the early thirties. This Seattle ensemble is led by Tom Jacobus who plays brass bass (tuba) and string bass; and includes Craig Flory and Jake Powel on reeds; David Holo on cornet; David Loomis on trombones, kazoo and vocals; Dan Grinstead on piano; Al LaTourette on banjo; and Dale Roach on drums.

The brief notes on the back cover note that many of these performances were originally done by larger ensembles, but the Evergreen Classic Jazz Band (particularly Jacobus) have arrangements of these for the octet. This is a nicely performed traditional jazz album with an effort to evoke the sound and feel of such bands as Jimmy Noone, Erskine Tate, King Oliver and His Dixie Serenaders and Tiny Parham. There is plenty of spirit to be heard in the classicist approach they have starting with the exuberance of the opening Stomp Off, Let’s Go, to the swinging rendition of an early Bennie Moten recording Ding Ding Blues.

There is the twenties Oriental exoticism of Tiny Parham’s On the Bay of Old Bombay, with nice cornet from Holo, who may be overall the most consistent, and least dated sounding solicit here. The reeds of Flory and Powel are displayed to good effect on the lovely rendition of Jimmy Noone’s Apex Blues. The vocals on a King Oliver recording Got Everything are pretty corny (think about Rudy Vallee on a megaphone) but the plunger mute playing is solid. Loomis’ gutbucket trombone is a counterpoint to Powel’s soprano sax on Sidney Bechet’s Blues in the Air, which is followed by a lively performance of Fats Waller’s Minor Drag.

The rendition of the Joplin/Marshall Swipesy Cake Walk is in a classic ragtime orchestra vein (think about Joplin’s “Red Back Book’), while  Grinstead does a solo rendition of the Joe Jordan rag Nappy Lee. The novelty  Play Me a Frigid Air, has a dead pan vocal of the somewhat inane lyrics and followed by a strutting rendition of Stock Yards Strut. This was perhaps trumpeter Freddie Keppard’s most famous recording. It is played with stop time effects and a nice clarinet solo. Folks will know She’s Funny That Way from the classic Billie Holiday recording (He’s Funny …). The rendition here employs Jimmie Noone’s arrangement with  lovely playing although a forgettable vocal.

Other remakes include a lesser known Louis Armstrong Hot Five recording Put ‘Em Down Blues and a solid rendition of Duke Ellington’s Ring Dem Blues, although Powel’s bass sax solo sounds a bit awkward. This a pleasant traditional jazz recording with a number of vibrant performances. Those who enjoy this should check out the Delmark recordings of the youthful contemporary Chicago ensemble, The Fat Babies.

I received my review copy from Delmark. Here is a 2014 performance of Stomp Off, Let’s Go. 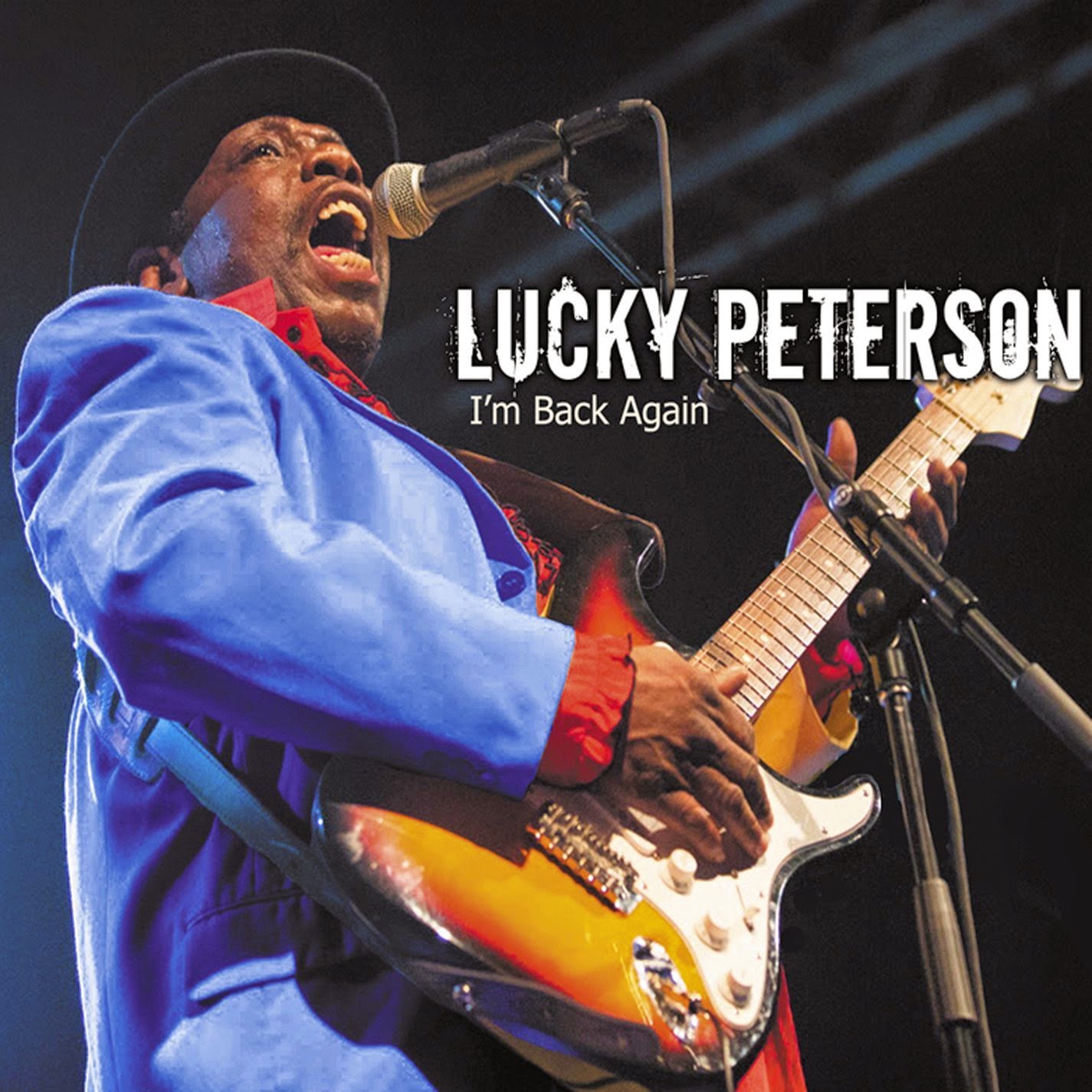 Blues Boulevard’s new Lucky Peterson album I’m Back Again is a release of music from the excellent DVD/CD set on BlackbirdMusic/ Soulfood by The Lucky Peterson Band Featuring Tamara Peterson Live At The 55 Arts Club. The eleven performances on this release are available on the DVDs and the CDs of the earlier set, but are limited to those that featured Lucky and not the others which featured Tamara. Lucky’s backing band included Shawn Kellerman on guitar, Tim Waites on bass and Raul Valdes on drums. It is a hard-rocking, tight band that did a fine job supporting Lucky (heard on organ as well as guitar).

I wrote, reviewing the DVD/CD set, “The material ranges from Lucky’s reworking of blues classics such as You Shook Me, I’m Ready, and Who’s Been Talking, along with Johnny ‘Guitar’ Watson’s Ta’ Ta’ You. He takes out the slide for Dust My Broom, while getting really greasy on the B-3 on I’m Back Again, as well as Rico McFarland’s Giving Me The Blues. Listening to these performances again, my views haven’t changed.

Those having Live At The 55 Arts Club, will have no reason to buy this fine reissue, but others may want to get this strong sampling of Lucky Peterson (and his excellent band) today.

I received my review copy from a publicist. Here is Lucky performing Who’s Been Talking, although from a different performance.