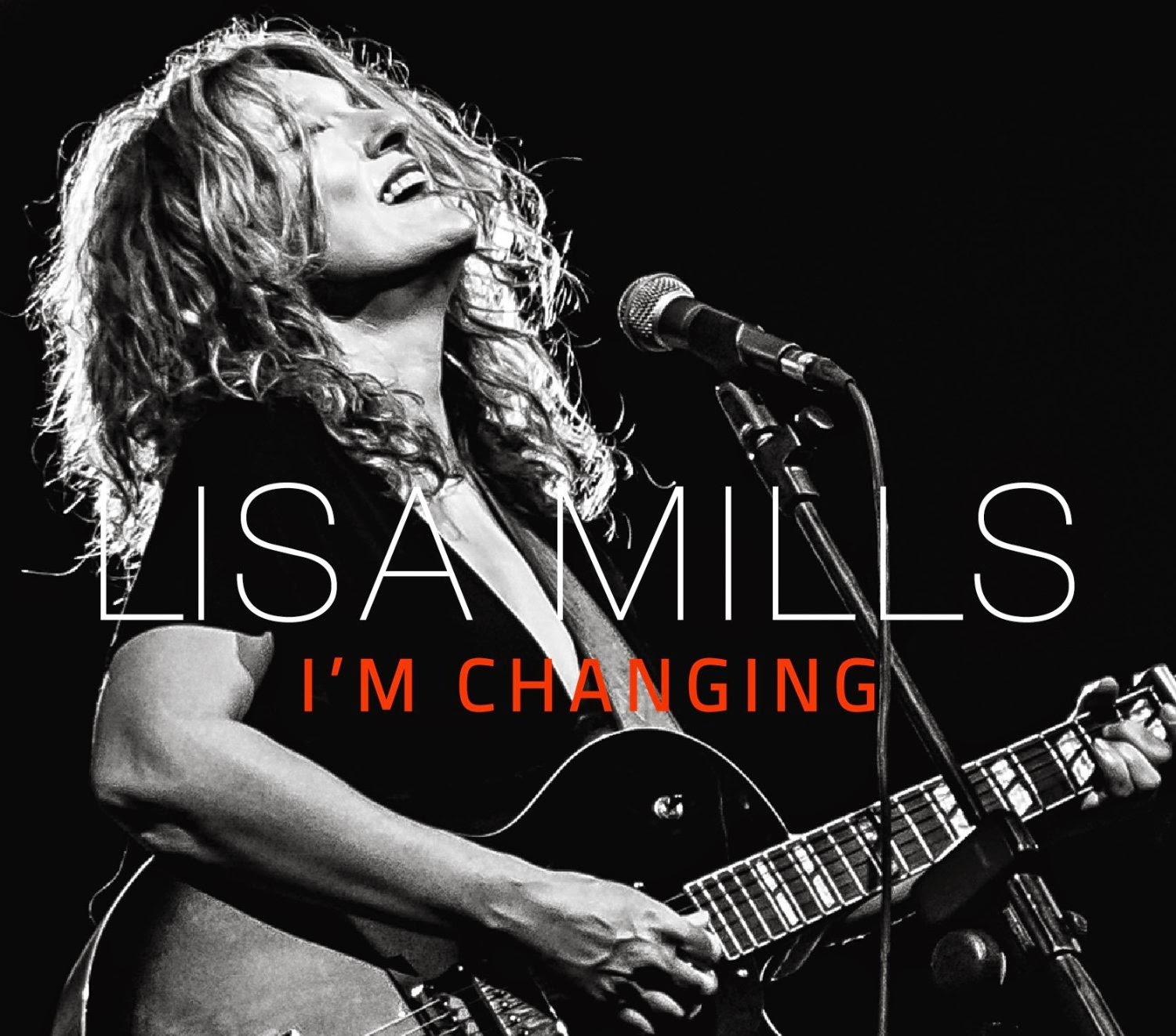 Gulf Coast chanteuse Lisa Mills refers to herself as "a blue-eyed-soul singer armed with a guitar" who speaking about her music says "If anything, I would refer to what I do as American Southern roots music.” Her new release "I'm Changing" (MillsBluz Records) is mostly a re-constructed version of tracks Lisa originally recorded and released in 2005. For this updated release she employed groundbreaking producer Trina Shoemaker, the first woman to win the Grammy Award for album engineering. Her backing musicians include guitarist Rick Hirsch and drummer T. K. Lively of Wet Willie fame; guitarist Corky Hughes and bassist Ian Jennings. Lisa notes “There are two fully re-recorded tracks on the album, ‘Take My Troubles" and "Tell Me," and three new [original] songs." While she thought she would have to redo vocals on other songs, Trina Shoemaker's mixing resolved many issues so only two songs needed to be totally redone.

The opening track "Better Than This/ I Don't Need You Anymore" grabbed the attention of this listener. With Hirsch's uncluttered guitar lead and a backing that evokes classic Muscle Shoals, Mills vocals ring true. This song with lyrics of leaving a cheating man is followed by another strong performance, "I Don't Want to Be Happy" ("I just want to be with you"). Again kudos to the backing whose direct, uncluttered backing lets the full warmth of her singing to be felt and appreciated.

"I Need a Little Sunshine," co-written with bassist Jennings, is another display of her soulful vocals, while the title track has a country-folk flavor with Pat Murphy's fiddle being prominent. The pace changes with "Eyes So Blue" an expression of love set to a joyful reggae groove. This may not be the musical highpoint, but it may be this writer's favorite selection. There are a couple gospel numbers including an a cappella rendition of her original "Tell Me,” and Rev. Robert Wilkins' "Wish I Was in Heaven Sitting Down," with Corky Hughes on resonator guitar. "Rain in the Summertime" is a folk-flavored performance where she is backed only by her own acoustic guitar.

"I'm Changing" closes with a marvelous interpretation of Jimi Hendrix's "Little Wing." Lisa Mills is an extraordinary singer and also songwriter and with the backing provided and the production supplied by Trina Shoemaker, she has provided a superb recording that should appeal to a wide range of listeners.

I received my review copy from a publicist. This CD has been out a few months and I apologize for not reviewing it earlier. I remember enjoying it when I first head it and when listening to it a couple days ago I knew I had to write about it. Here she is seen performing "I'm Changing."

The Sixth Annual Mid-Atlantic Jazz Festival returns Presidents’ Day Weekend to the Hilton Washington DC/Rockville Hotel & Executive Meeting Center, 1750 Rockville Pike, Rockville, Maryland 20852. Put on by the Jazz Academy of Music, the motto of Mid-Atlantic Festival is “Standing Up For Real Jazz.” In this vein, the focus is on hard, swinging jazz with a number of national headliners mixed in with some of the finest musicians in the Washington DC area. The featured performers for this year include vocalists Tierney Sutton, Allan Harris and Carmen Lundy and instrumentalists including trumpeter Sean Jones; saxophonists James Carter, Jimmy Greene, Craig Handy and Marcus Strickland; bassist Rufus Reid; trombonists Delfaeyo Marsalis; and pianists Kenny Barron, Ellis Marsalis and Patrice Rushen. Local jazz favorites include vocalists Sharon Clark and Janine Gilbert-Carter; saxophonist Paul Carr; pianist Eric Byrd, and vibraphonist Warren Wolf. Performances are held both on the Ronnie Wells Main Stage as well as smaller club settings.

Friday night, February 13, the Ronnie Wells Main Stage opens with tenor saxophonist Paul Carr, head of the Jazz Academy of Music, and a marvelous player leading a group with vocalist Sharon Clark. Clark, arguably DC’s leading female jazz singer. Writing in the New York Times, Stephen Holden wrote that she “evokes not Holiday but rather a less operatic Sarah Vaughan fused with the more animated side of Shirley Horn, a singer who also liked to take her time. Ms. Clark’s voice is rich, her phrasing unfussy, her jazz embellishments minimal.” They will be followed by another terrific singer Tierney Sutton, with trumpeter Sean Jones closing the evening with his group.

Sunday evening’s final Main Stage session opens with one of this writer’s favorite vocalists, Janine Gilbert-Carter backed by a trio that includes pianist Eric Byrd with a saxophonist to be named. Carter brings plenty of warmth and a touch of Dinah Washington to a varied selection of material. Next is  tenor saxophonist Jimmy Greene whose backing group includes the legendary Kenny Barron on piano and will focus on music from Greene's latest album, “Beautiful Life” on Mack Avenue Records. Greene is a masterful saxophonist with a robust tone and this recording is part of his ongoing grieving process at the sudden and tragic loss of his 6-year old daughter, Ana Marquez-Greene, who fell victim to the Sandy Hook Elementary School mass murder in Newtown, CT. After this performance, vocalist Carmen Lundy will close out the Main Stage with the great Patrice Rushen on piano and keyboards.

Additionally there will be free performances in the Hotel Atrium including Big Band and Combo competition performances. There will also be interviews with a number of the artists and workshops for students that are led by some of the performers. One can see how packed the weekend will be. For more information with fuller artist biographies, information on accommodations and tickets along with special features on several of the performances visit, http://www.midatlanticjazzfestival.org.
Posted by Ron W at 2:53 PM No comments: