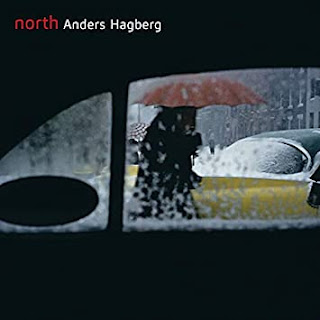 Anders Hagberg is known for his mastery of a variety of flutes and soprano saxophone. Currently, he is a Professor of Musical Performance, Improvisation at the University of Gothenburg, Academy of Music & Drama, but has a lengthy performing resume. Hagberg has toured worldwide with his own groups and as a soloist with Mynta and New Jungle Orchestra and musicians like Marilyn Mazur, John Tchicai, and Anders Jormin. He has synthesized jazz, Scandanavian lyricism, and influences derived from longtime collaborations with Oriental musicians. On this recording, Hagberg is accompanied by Johannes Lundberg on double bass, Joona Toivanen on piano, and Helge Andreas Norbakken on percussion.

There is a pristine quality to the music on this recording with a mix of lyrical performances with atmospheric soundscapes that conjure up moods. Hagberg's superb flute playing is displayed on the opening "Islands of the North" with the wonderful backing by the rhythm section. Pianist Toivanen is a marvelous musical companion. The lyrical tone of Hagberg's bass flute opens the pensive rendering of "Inga" with restrained, supportive backing. With technical command of his instruments, Hagberg's focus is on fostering a mood.

The title track incorporates ambient sounds on an austere, dreamy tone poem with Hagberg's soprano sax conjuring up an arctic night over the light foundation provided by the rhythm section, with Norbakken being especially outstanding with his percussion on this selection. Some of the same qualities are also present in "Silent Ways," with the voicing added by Lundberg's bass adding to the distinctive mood engendered by Hagberg's flute.

"Four Three" sounds like it may have been derived from a folk tune or dance with subtle shifts in tempo and volume, including some spirited playing by all. The interplay between the flute and Toivanen's piano is stellar. "Melodic Modes" is another gem with understated support to the unfolding lyrical themes developed by the leader along with a mesmerizing theme wonderfully played by the rhythm section.

A reference point to this recording might be some of the atmospheric recordings on ECM by such artists as Miroslav Vitous, Terje Rypdal, Jan Garbarek, and Eberhard Weber. Like recordings on ECM, this album is as wonderfully recorded as the music presented is played. Anders Hagberg has produced a recording of considerable substance and beauty.

I received a download to review from a publicist. Here is Anders Hagberg performing "North."