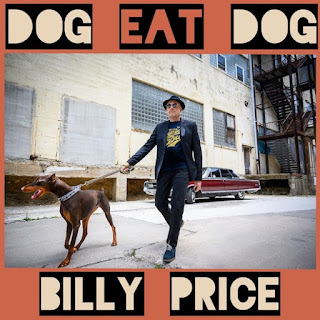 It has been at least four decades since Billy Price and the Keystone Band issued their first album. After relocating to Baltimore from Pittsburgh, Price remains quite active with his deep blue-eyed soul. He traveled to Kid Andersen's Greaseland Studios to record this latest recording. He has quite a studio band including Andersen on guitar and assorted instruments, Alex Petterson on drums, Jerry Jemmott on bass, Jim Pugh on keyboards, Eric Spaulding on tenor sax, Jack Sanford on baritone sax, and John Halblieb on trumpet. Congas are present on most selections and played by Jon Otis (one of the late Johnny Otis' sons and Vicky Randle. Randle was also one of the background vocalists along with Lisa Leuschner Andersen, Charlie Owens and the Sons of the Soul Revivers. There are also guest appearance from Rick Estrin, Alabama Mike, and Mike Zito, who is Gulf Coast Records co-founder.

Standout tracks on this include the original "Lose My Number" as he tells his former lover that she can forget about him, as he is still hooked. Then there is a brassy, strutting interpretation of Bobby Byrd's "We're on Love." The title track was written by Rick Estrin who adds chromatic harp and solos superbly. Alabama Mike adds his powerful singing to that of Price on a topical blues about trying to make it in a world where they sing describing various social ills. Price's cover of Otis Rush's "My Love Will Never Die" gets to showcase Andersen's incisive guitar as well as the horn section. "All Night Long Café" is a funky original with Mike Zito adding some searing guitar. French guitarist Fred Chapéllier, t, a frequent collaborator with Price, co-wrote the cheating blues "Remnants," and the soulful ballad "More Than I Needed." The latter number evokes the classic Philadelphia soul sound.

I received as a download from a publicist. Here he is from a recent performance with his Charm City Rhythm Band.